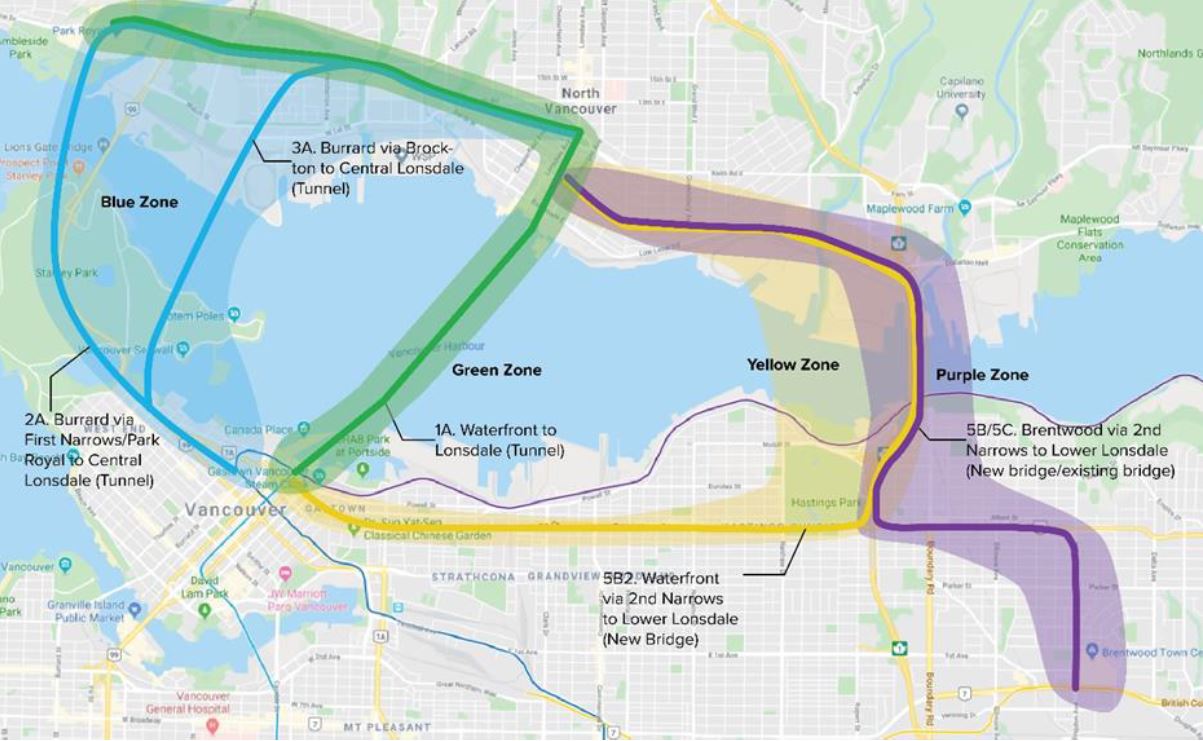 The North Shore Skytrain Project is closer to becoming a reality. BC Government outlined potential routes expanding our existing Skytrain network to North Shore. The feasibility study results provide more insight into how the different route integrate with the existing transportation system and the benefit it brings to different parts of the city. The study was conducted based on the six route options shortlisted in March and was reduced to five upon the completion of phase 2 study.

North Shore transportation Planning Project (INSTPP) conducted a research and recommends connecting Lonsdale City Centre to the city’s rapid transit network. Londale Quay is popular destination in Vancouver and the only ways to reach is through the Iron workers bridge, Lions Gate Bridge and Downtown Ferry. Many populated is living in the North Shore and should connect with the rest of the Vancouver cities. The new network should provide more working and business opportunities for the cities.

By expanding the transportation network is part of the B.C government’s CleanBC plan to make transit more accessible and efficient option for all British Columbian, reducing congestion and carbon pollution.

“People living in North Vancouver are eager to embrace socially, environmentally responsible ways to travel that allow them to beat the traffic,” Ma said. “This exciting technical feasibility study is the first-ever co-ordinated effort by the Province in partnership with Indigenous governments, municipalities and TransLink to identify a potential rapid transit solution across the Burrard Inlet for people who live, work and travel throughout Metro Vancouver.”