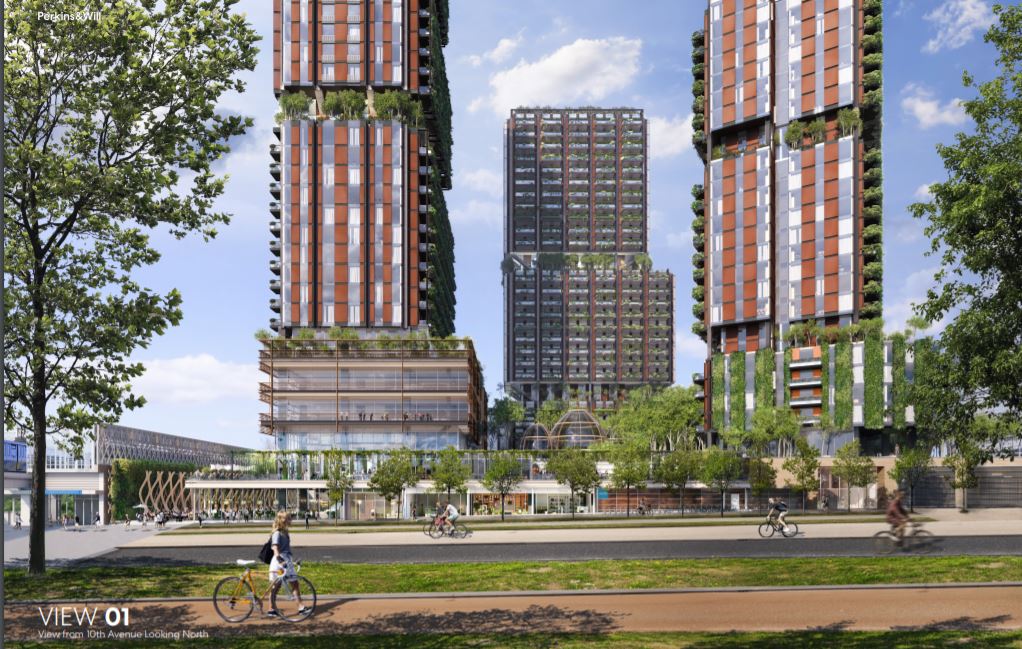 A revised rezoning application has been submitted to the City of Vancouver for 1780 East Broadway former Broadway Safeway Site. The site is immediate beside Broadway Skytrain Station, one of the busiest connectors in Metro Vancouver Area. The development will feature the highest density and building height. The large 105,695 site area will be granted three high density towers: Tower A 30 storeys, Tower B 29 storeys, and Tower C 25 storeys.

The tower height was increased in the revised proposal and the total unit count has increased by 8 units. It shifted from a market condo to a predominantly rental project. We believe developer has received incentive and city played a role to promote additional rental housing in a Vancouver hot spot. 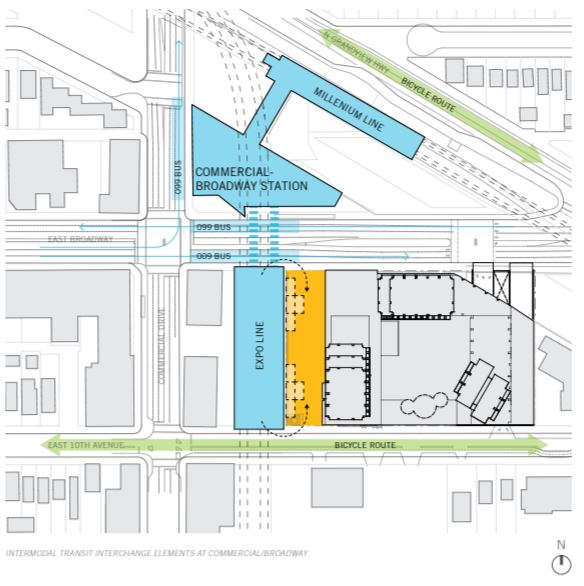 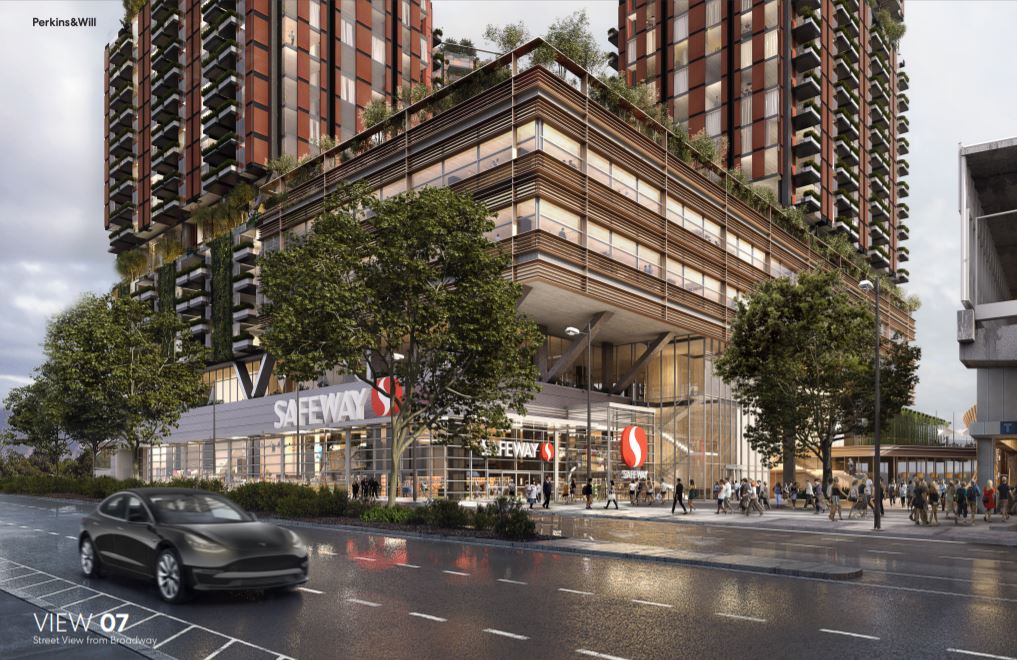 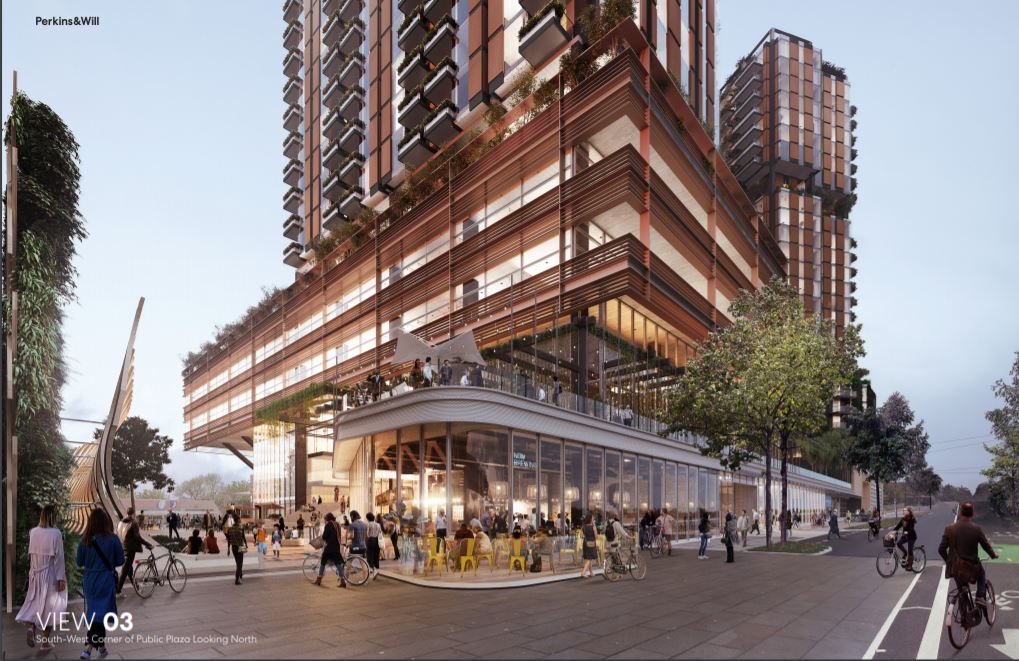 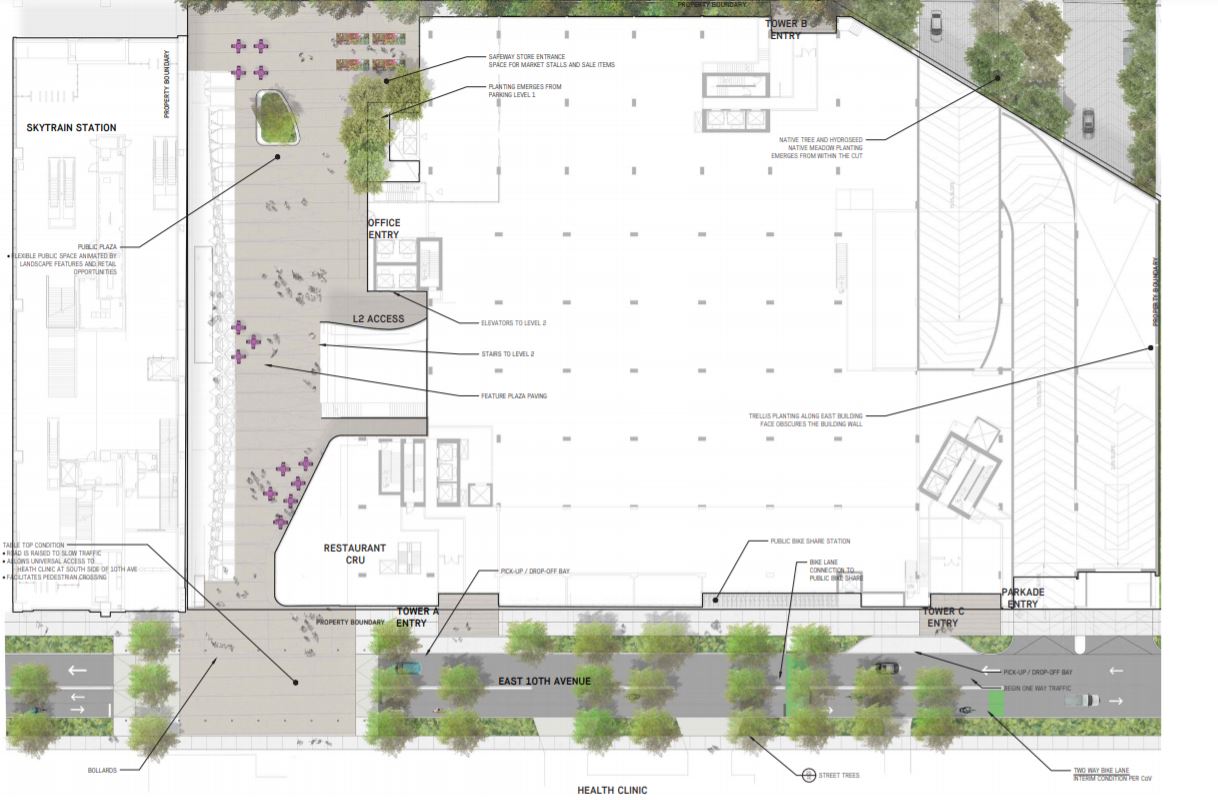 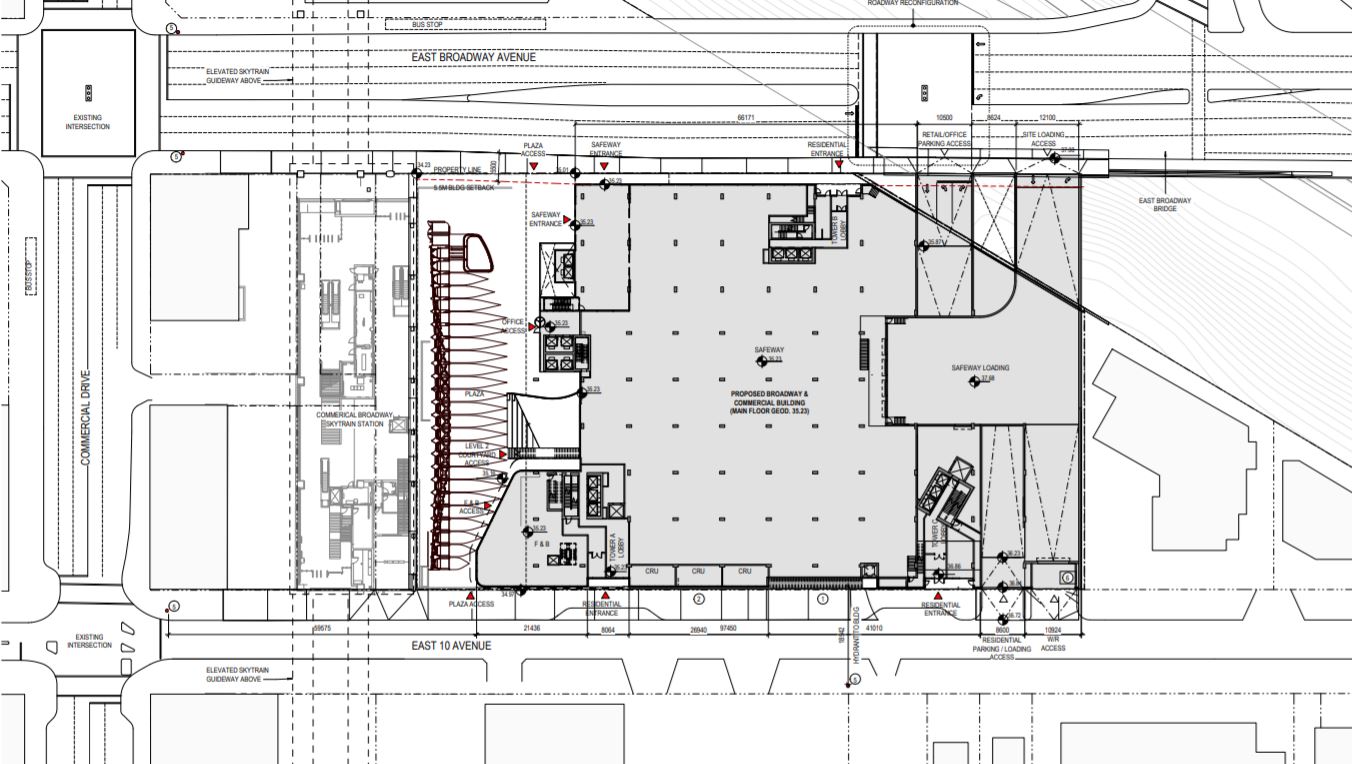